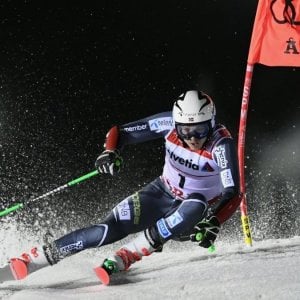 After having toasted the return of the Women’s World Cup, in Via Lattea one dreams of another world championship 32 years after the first and only time.Yes, because Sestriere aims to get the organization of the Alpine skiing world championships for the 2029 edition. Next year we will decide which place between Garmisch-Partenkirchen, Saalbach-Hinterglemm and Crans Montana will host the 2025 World Cup, but in Piedmont we want to do things right and present a project with a strong candidacy to go back to dreaming of the iris after the adventure of 1997 and twenty-three years after the 2006 Olympics. Outside the … Games of 2026, with Bormio and Cortina to host alpine skiing trials, Sestriere will be at the center of the international scene by hosting the stage of the 2019/2020 Women’s World Cup, over three years after the last time ( December 2016), with a giant and a parallel slalom scheduled for 18-19 January 2020 on the “GA Agnelli “. As reported by valsusaoggi.it, the news of the last few hours concerns the will to organize a World Cup again, with the mayor Valter Marin and the sport councilor Gianni Poncet, ready for the succession of the first citizen, who have already moved to the council municipal for the allocation of 150 thousand euros for the establishment of the organizing committee. The agreement with Fisi and the president Flavio Roda is already done, to then present the candidacy officially to the FIS, four years after the decision on the assignment of the event and clearly waiting to understand which opponents will be able to have Sestriere in the run-up to the world dream.

If you have any questions regarding our apartment or your booking please feel to contact us. We would like to to everything to make your stay a memorable stay!

We will answer very soon, generally within a couple of hours or less. You can choose to fill out the form, send us a mail, dial our mobile phone or chat on WhatsApp. We are always available for you!